One of our passionate participants in the Insex site was a member with a chat name “enema lover”. He would often suggest that we do an enema with the performers. A unique value of the Insex system was the LiveFeed shoots. It created a nexus for creative techniques that went beyond the quirky and personal taste of a particular handler. It also offered fertile ground for original creations, and became the source for a host of imitations.

What to do. Excrement is by nature a messy display. What performer would be willing to expose herself in this manner. MOLLY. She was an extremely exciting and challenging performer and was up for anything.

Since we are going to have poop all over the place we’re going to have to make an effort to sterilize the situation. Let’s make a copper SINK large enough to secure a woman. Copper is inherently a sterile material. And a good conductor. Insex brings it all together: girl, water, soup, inflatable rectal insert, enema bag, caca, electricity. And glowing red buttocks. 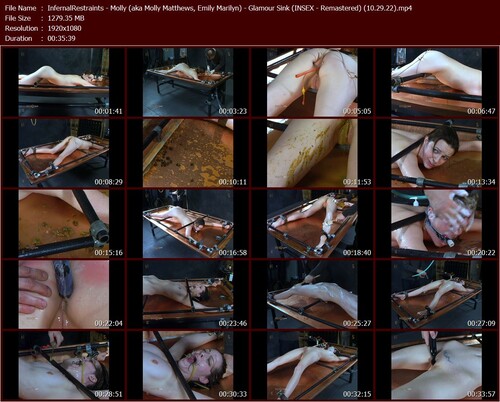