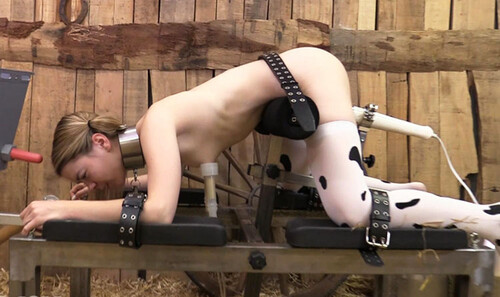 After all of the udder enlargement sessions, it’s important to keep milking little Lina Roselina. It will increase her hormone levels and help udder growth! The best way to do this is to milk and sexually stimulate her at the same time. For most hucows, this is a lot, because there is so much going on at the same time. A powerful magic wand will vibrate Lina as the milking machine’s speed is turned up more and more. Her big heavy cowbell makes a lot of noise as she wriggles in the milking frame. Poor tiny Lina! She is trying so hard! 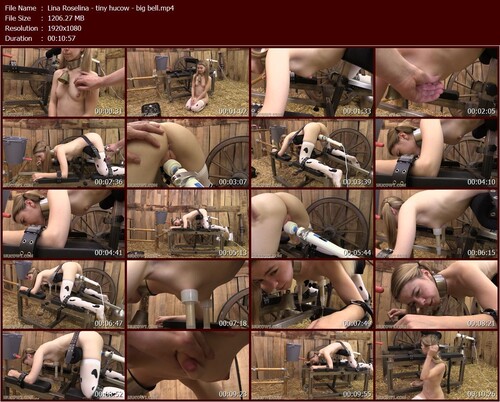