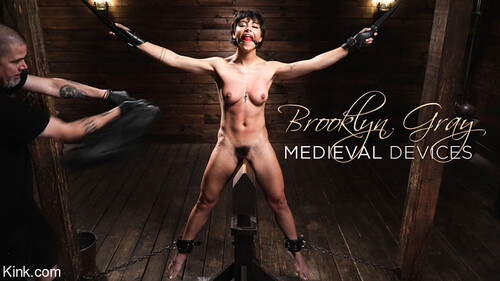 We finally get Brooklyn Gray on our set, and she requests for medieval devices to be used on her. She has a fascination with them and wants to experience them herself. The Pope obliges with a wooden pony in the first scene. Brooklyn is stretched out, spread eagle with chains pulling at her ankles which have been bound in leather cuffs. All of her weight is resting on her pussy, making the suffering present the entire time. She is flogged viciously which shifts her weight around causing more grueling pain in her nether regions. After toying with her, The Pope adds the vibe to create more frustration and edging her until she finally is allowed to cum. Next, Brooklyn is locked into the scavenger’s daughter. The bondage seems somewhat comfortable, except for the fact that you have no choice but to stay in the same position until you are released. After some sensory play and paddling, the trust is builds between the two of them, so Brooklyn agrees to be blindfolded. The sensory play continues, but becomes more aggressive. Her senses are heightened, and The Pope takes full advantage by ripping non stop orgasms from her pussy. The final scene begins with Brooklyn in a doggy position with her head, wrist, and her ankles locked into wooden stocks. She has proven that she is tough, so he uses a paddle, cane, floggers, and his massive hands to brutalize her ass. This is one durable slut, so to reward her, she gets her mouth and pussy fucked until she can no longer keep herself up. 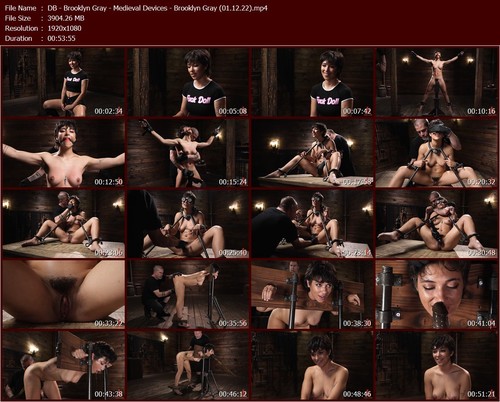