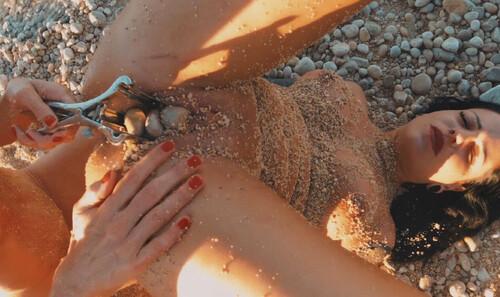 We went to a beautiful beach with Jessica to fill her pussy with some pebbles but unfortunately we had some unexpected visitors (tourists) while I was just stuffing her pussy lol so we had to run away. I had no time to remove the pebbles so she had to run with the stones being inside her pussy. The next bay was very far away we had to hike about 6 kms in the hot sun. When we arrived exhausted to that lonely beach, first I removed the pebbles of the previous beach from her vagina, then I stuffed it again with new bigger ones. In the end she had to push the pebbles out of her pussy on me while I used a vibe on her clit. She came several times and she had her very first squirting in her life. That was a memorable adventure for Jessica, for sure. 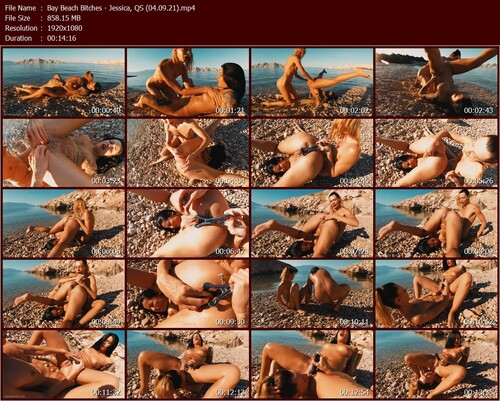