In this predicament stream, our little creature gets locked in the torso box and is turned into a human toilet! Starting off hooded and locked in the torso box inside of her vertical standing cage, Greyhound is soon released and stands at attention while she has several heavy clamps attached to her pussy lips, then after having a leash hooked to the clamps she is humiliatingly led to the bathroom. Ordered to her knees in front of the toilet she then gets chained to the toilet behind her with heavy chains that are padlocked to her pussy clamp which leaves her bound in place. Left kneeling for a few minutes she then has the mouth covering on her hood removed and is given the humiliating task of serving as a human toilet by having her mouth pissed in! 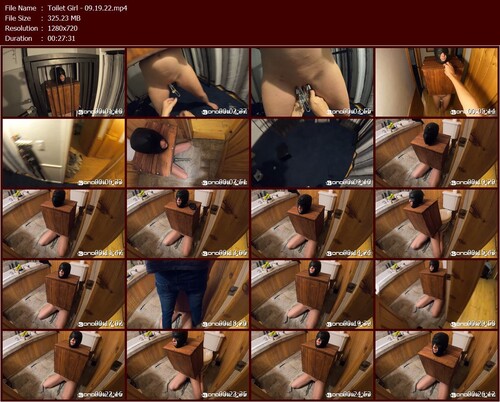