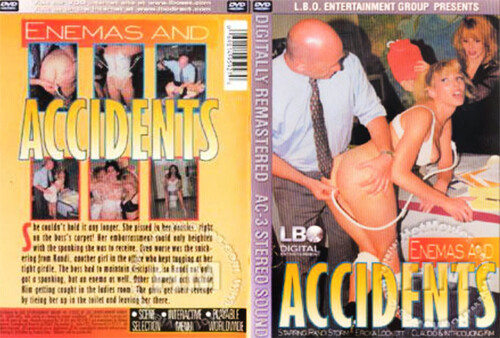 She couldn’t hold it any longer. She pissed in her panties, right on the boss’s carpet! Her embarrassment could only heighten with the spanking she was to receive. Even worse was the snickering from Randi, another girl in the office who kept tugging at her tight girdle. The boss had to maintain discipline, so Randi not only got a spanking, but an enema as well. Other shameful acts include Kim getting caught in the ladies room. The girls get their revenge by tying her up in the toilet and leaving her there. 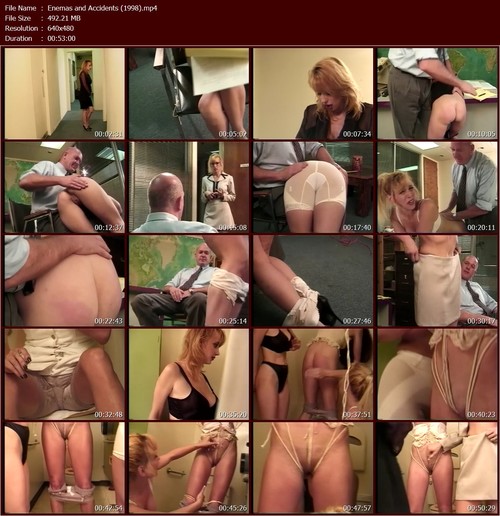