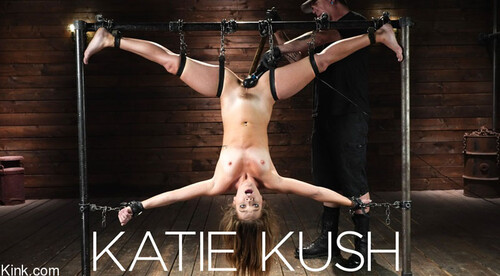 Katie Kush is mounted to the wall on a brutal device. It folds her in half and puts her cunt on full display. With her arms tucked behind her head, this slut isn’t going anywhere. The Pope gets to work as Katie tries to squirm with very minimal results. At first she is teased, but eventually he rips her stockings open, revealing her wet pussy, aching to be used. He ties her nipples to her toes and rips orgasms from her pussy. The second scene has Katie in a grueling position with her arms pulled into a strappado, her legs strapped wide open. A weighted device hangs around her waist, holding her in place. The Pope begins a brutal assault on her with his flogger and she screams, begging for him to stop. He gives her a taste of the vibrator, but not enough for her to cum. He goes from the vibe to the flogger until Katie doesn’t know up from down, finally allowing her to have an orgasm. In the final scene, Katie is suspended with leather belts holding her upside down with her legs split wide open. After toying with her for a bit, he goes to ripping non-stop orgasms from her willing whore hole. 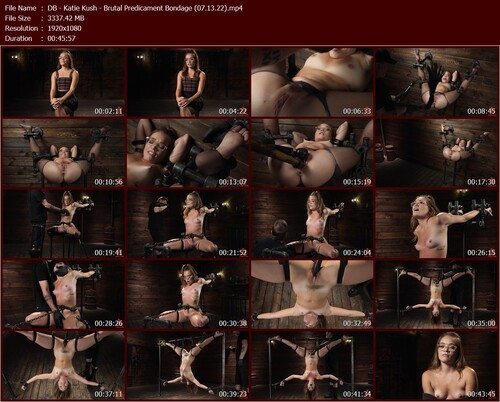